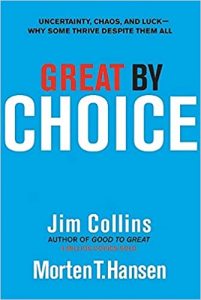 Authors Jim Collins (Good to Great and Built to Last) and Morten Hansen compare another set of companies to learn what differentiates the great in their book, Great by Choice. This time the research focuses on the question:

“Why do some companies thrive in uncertainty, even chaos, and some do not?”

The nine-year research project forms the basis of their 2011 book, Great by Choice: Uncertainty, Chaos, and Luck–Why Some Thrive Despite Them All.

This post summarizes four key choices made by leaders of the best companies (defined as companies that beat their industry indexes by at least 10X over 15 years) that challenge conventional wisdom. You may be surprised to learn that the “10X” companies:

Before we cover the four key leadership behaviors, here is a look at the companies in the study, their study periods, and their results over those periods. 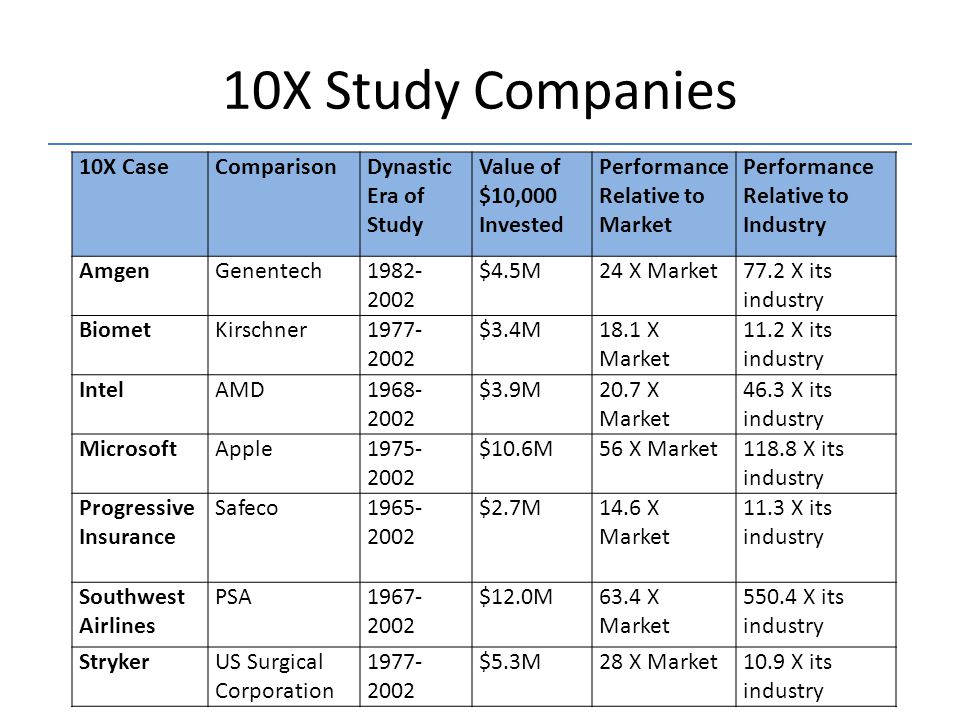 The leaders of the 10X companies set a consistent pace of success over a long period of time. Their performance goals did not change with the environment – meaning they held back in good times while still requiring high performance in difficult times.

The discipline performance goals had these characteristics:

These disciplined goals helped the company exert some self-control in an ever-changing, out-of-control business environment. The more turbulent the environment, the more important it is to have discipline.

In Great by Choice, Jim Collins states that instead of big leap innovations, 10X companies “fire bullets, then cannonballs” to try out new products, technologies, services, and processes.

The bullets are experiments – low-cost, low-risk, low-distraction tests – to see what works and what doesn’t. Instead of trying to predict the future, experiment and test the waters. What simple experiment can you try that will prove you right or wrong? What bullets have already been tried by competitors?

Once you have enough empirical evidence that an innovation is working, the key next step is to focus resources on the change (fire a cannonball). If you don’t focus your resources you may move too slowly. If you move too slowly you may lose the market opportunity. 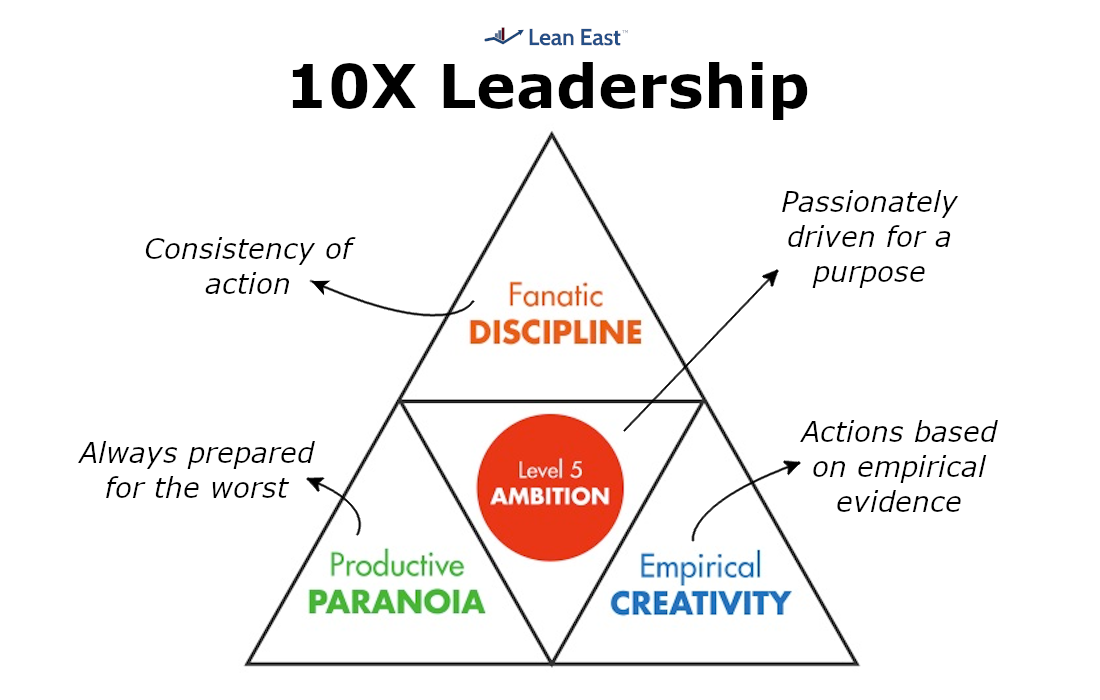 The best companies (10Xers) understand that they can’t reliably predict the future, so they prepare ahead of time for scenarios they cannot predict. Three key dimensions of this productive paranoia are:

The leaders of the 10X companies were Level 5 leaders as defined in Collins’ previous book, Good to Great. Each of the leaders were Specific, Methodical, and Consistent (SMaC) – and the more uncertain and unforgiving the environment, the more SMaC they needed to be.

The authors define a “SMaC recipe” as a set of operating practices that enable the entire enterprise to unify and organize their efforts. These practices are durable, adhered to, and rarely amended. Sticking with the recipe requires the previous three 10X behaviors:

Note that the 10X companies changed their SMaC recipes by an average of 15% versus the 60% average for the comparison companies. Any given element of a 10X SMaC recipe lasted an average of more than two decades! When changes were made, it was using empirical creativity or productive paranoia behaviors as described above.

It is important to also comment on the final section of the book. In Great by Choice, Jim Collins examined the effects of luck on the companies in the study. They found that both the 10X companies and the comparison companies had plenty of good and bad luck events during the study period. They also found that the occurrence of “luck events” did not explain the difference in the 10X companies.

While the number and types of events were comparable, the outcome from the “luck event” was different. The “return on luck” experienced by the 10X companies was superior to the comparison companies. The behaviors shared in the book (Empirical creativity, Fanatical discipline, Productive paranoia, and Level 5 Ambition) all contributed directly to earning this great return on luck. The authors were pleased to see that practicing good behavior is more important than getting lucky!

We hope you learn something from this summary of the book Great by Choice by Jim Collins. Please be sure to check out our summaries of other Jim Collins books: Built to Last and Good to Great.

Please share your comments about these ideas and concepts below.