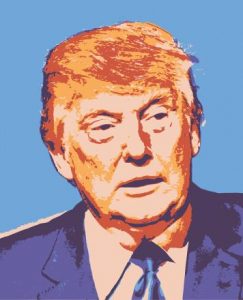 The rise in the polls Donald Trump experienced this summer left many people wondering about this business leader. What kind of a leader is Donald Trump? Does his business success translate well to politics, and especially to holding a job like the President of the United States (POTUS)?

If Trump is elected the POTUS he will be in charge of an executive branch with its 2.6 Million employees and Commander-in-Chief of the US Military and its 1.5 Million uniformed personnel. As President of Lean East and a longtime expert in Lean thinking, I teach and coach executives on leadership practices that will bring out the best in their organization. This post will rate Donald Trump on some traits I look for in effective “Lean” leaders.

Trait 1: Focus first on value to the customer

Lean thinking seeks to increase value, as defined by the customer, and reduce or eliminate everything else. This focus on customer value must drive every decision by the organization. For the POTUS, the main customer should be US citizens and taxpayers.

My research into Trump shows someone who has built a well-recognized brand and attempts to use that brand to sell what are often sub-par products. Trump University, Trump Steaks, Trump Spring Water, Trump Fragrance… None of these products or services are recognized for their value. After Trump purchases a company and rebrands it, you typically don’t find an attempt on his part to increase customer value. I believe improving the brand and package, or adding a fancy sign and gold fixtures in the lobby of a building, increases perceived value more than the actual value. Labeling something “Great” doesn’t make it so. Sorry Donald, low score here.

One of the pillars of Lean (or the Toyota way) is respect for people. This includes employees, contractors, and suppliers. I believe this is best modeled in practice through acting as a servant leader. A servant leader believes that the people on the front lines (delivering the product or service) are the ones creating the customer value. These people should know their work best, and therefore also be most responsible for solving problems. The role of a servant leader is to develop skills in the workers. They must also support their improvement efforts, and break down barriers they encounter while building value and improving the work.

The opposite of servant leadership is an autocratic, dictatorial style. Here, the leader is the expert, and the workers are just there to follow the leader’s orders.

We also continue to see examples in the election process. Trump appears to control most aspects of his team. He even goes against their statements or input. Employee feedback in the Trump Companies has been poor, with accusations of labor infractions and reports of micromanagement and egocentrism. Based on my research, Trump is not a servant leader. He also doesn’t have much respect for his employees.

Lean leaders don’t care so much about benchmarking their results to competitors. A Lean leader believes in the relentless and never-ending pursuit of perfection. Continuous improvement is a journey and way of life. Similarly, creating a culture of improvement is the best way to succeed in a rapidly changing world. Every employee should be looking for ways to increase customer value daily, and the leader of the organization must model this behavior.

Donald Trump often talks about being “the best” or “the greatest” – using comparisons and platitudes. A Lean leader is humble and knows there is always more that can be done to get better. At Toyota, “having no problem is a problem” and over sixty years of continuous improvement at Toyota is considered just a small step on their journey towards perfection. Since striving for perfection requires first having the humility to acknowledge your gaps, I again have to rate Trump poorly in this area.

Trait 4: Leadership by walking around

“Going to the Gemba” refers to going to the source to see the facts for oneself when making decisions. Decisions about customer value are best made where the value is created, working with the customer or employees who create the value.

Trump obviously has a large business empire spread around the world. Despite these challenges, and from what I have read about Trump’s work ethic and travel schedule, he may visit the source more than many other leaders. I suspect this is due to his autocratic management style (see above) and need to make the decisions himself. Any POTUS would need to delegate much of this direct leadership to their staff. 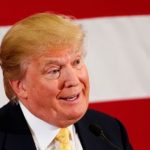 Once a leader is focused on value, respects and supports their employees, and spends time working directly with them in a relentless pursuit of perfection, how can they strengthen the team and organization? The Lean leader now must care about developing the skills and behaviors of these employees. If you micromanage people, they learn to follow orders instead of problem-solving and making smart decisions. Leaders must model the behaviors they want to see. Then they must coach or mentor employees so they develop their own leadership and decision-making skills. Everyone wants to make a difference in their lives and jobs. If you encourage your staff to develop and grow, then your entire organization will develop and grow.

Trump is a micromanager, not a coach or mentor. I was unable to identify a single leader Donald Trump developed who went on to bigger and better roles (they have to give Trump credit for coaching or mentorship). If you believe differently, please leave a comment below!

Overall, my research into Trump as a leader shows that he is nearly the opposite of a Lean leader and I am personally going to support someone else in the Presidential election this November. If he were elected POTUS, I would at least hope he delegated both domestic and foreign policy to his Vice President and cabinet, which is a little in the style of a servant leader. Unfortunately, how long would it be before Trump disagreed with and undermined a decision?

We hope you enjoyed this post. Please leave your comments and check out our other thoughts on this site.