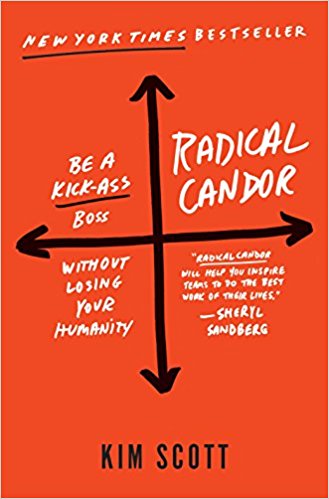 This is a summary of the 2017 book, Radical Candor: Be a Kick-Ass Boss Without Losing Your Humanity by Kim Scott. Ms. Scott describes leadership lessons she learned while working in Silicon Valley for Google, Apple, and start-up companies. Her former boss at Google (and an accomplished author herself) Sheryl Sandberg writes, “Radical Candor will help you inspire teams to do the best work of their lives.”

Kim Scott shares the concept of Radical Candor on a 2X2 grid with one axis how much you care personally about the person and the other axis how much you challenge directly, (i.e. “be brutally honest”). Scott names each of the four quadrants and shares a simple example to describe each. 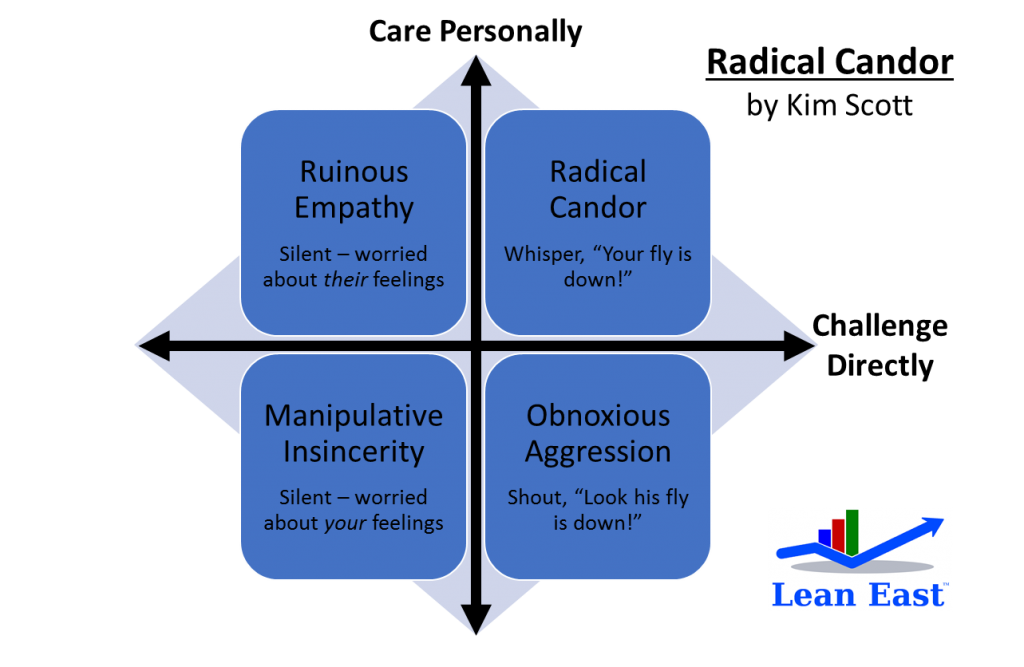 Imagine you notice one of your employees walking into a big meeting with the zipper on their pants down. How do you respond?

I spoke with a successful business leader recently who hired a consultant to help her grow her business. “He was a real jerk,” she explained and made her cry after many of their early meetings. But he also challenged her directly where others did not, and because of his pushing, her business took off. One paradox about being a good boss is that most people prefer the challenging jerk (obnoxious aggression) to the boss whose “niceness” gets in the way of candor (ruinous empathy).

Scott recommends that when a leader needs to give negative feedback to an employee they should the action or result that was undesired rather than attack the person. Employees are not bad, it is their actions that may need to be adjusted. Scott points to Steve Jobs at Apple who was famous for telling people, “your work is shit.” He always discussed the work, not the person. Jobs says, “You need to do that in a way that does not call into question your confidence in their abilities but leaves not too much room for interpretation . . . and that’s a hard thing to do.”

A leader who wishes to move towards radical candor with their team should begin by asking each direct report for their radically candid feedback of the boss. Don’t dish it out before you can take it. Scott recommends having regular 1-on-1 meetings with your staff where you can provide each other radically candid feedback. Leaders should use these 1-on-1 discussions to learn about each employee – their personal story, goals and ultimately what motivates them.

Scott also shares the process for organizational improvement that she calls her “Get Stuff Done” wheel. Both Apple and Google achieved spectacular results without a purely autocratic style, and at a high level used this process. The process and steps are explained below: 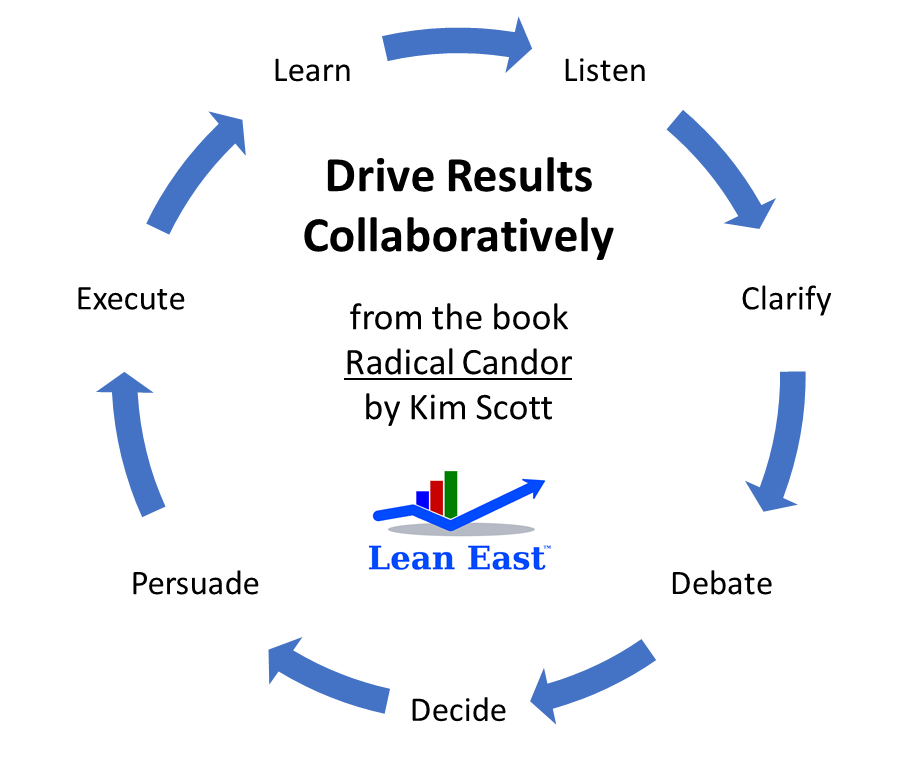 Check out this awesome mind map created by the Lean East team for the book.  Connect with Michelle Wyman and Lean East for coaching on becoming a leader with radical candor, the Kim Scott way, and for support in creating an organization based on radical candor principles. 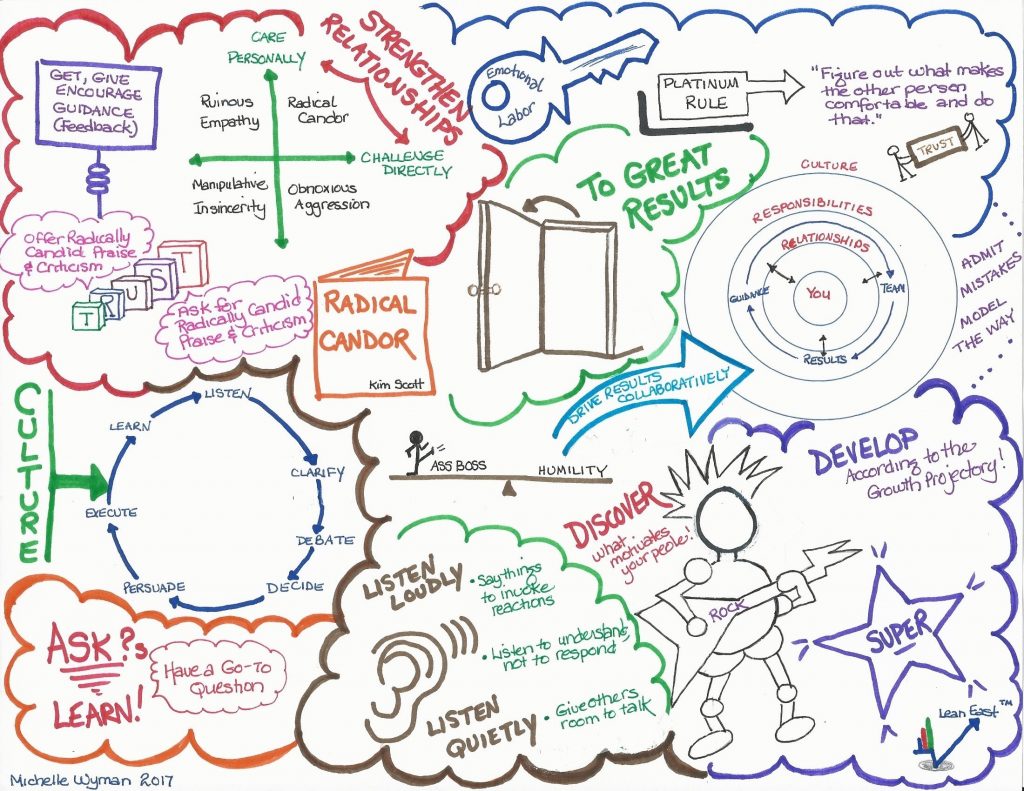