In our previous posts, we have discussed the importance of having a clear reason to change and explained that organizational culture and history matter when establishing a sense of urgency. Now we will look at some of the reasons why this is the case, truly “evolutionary” reasons related to our brain.

Thanks to the trial-and-error process of evolution taking place over the past two-and-a-half million years, human brains have adapted to survive. In the 2014 book Leaders Eat Last: Why Some Teams Pull Together and Others Don’t, author Simon Sinek explains why a feeling of safety is necessary whether we are a caveman or an assistant in a large corporation. Sinek discusses five chemicals that our body has designed for evolutionary reasons that still impact all of us every day. 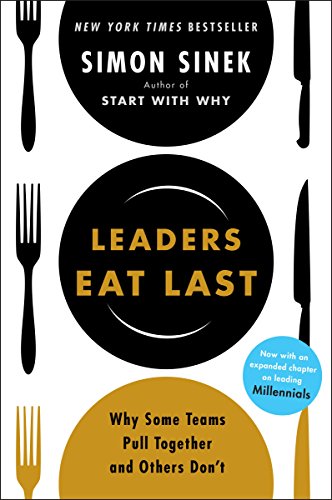 The first two chemicals are about short-term pleasure and individual achievement. Endorphins are a morphine-like substance emitted by the body to dull pain. They are often released in response to stress or fear and mask physical pain with pleasure. Endorphins gave our ancestors extra endurance; an edge when hunting animals faster than humans. Laughter is a proven way to release endorphins.

Dopamine is an organic chemical that works as a reward signal within the brain. It is responsible for feelings of satisfaction after we’ve finished an important task or reached a goal. Have you ever written an item on your task list and then crossed it off immediately? We do this for a little burst of dopamine. Unfortunately, dopamine is highly addictive and a cause of drug and alcohol addictions. Recently many of us have also become addicted to the “buzz” of a cellphone when someone “likes” our post.

The next two chemicals are long-term social chemicals that have helped us survive collectively as a species. Serotonin is the leadership chemical and boosts our confidence and pride when we perceive that others like or respect us. It is one reason why running a marathon with others feels better than running a marathon alone. A lack of serotonin leads to depression.

Oxytocin is most people’s favorite chemical and is the feeling of love, friendship, and trust. It often surfaces when we do something nice for another person. In caveman times, it was oxytocin that allowed us to care for children in the tribe or fall asleep at night and let the rest of the tribe protect us. Today, it is why we want to hug our good friend or shake hands to close the deal. The long-term benefits of oxytocin help us resist the need for short-term hits of dopamine.

Cortisol is the anxiety chemical that is released in emergency situations. It heightens our awareness and is the first level of our “fight or flight” response. Our ancestors used cortisol when attacked by a predator to keep themselves alive. Cortisol reduces serotonin when we don’t feel safe, like when our boss threatens our job if we aren’t able to change, and will also inhibit oxytocin. Cortisol is related to adrenaline but has a longer-lasting effect on the body.

Now that we are living and working in the twenty-first century, how do these chemicals affect our reaction when our boss says, “The new initiative is not meeting the goal, putting the future of the entire team at risk and requiring a 20% cost reduction?” 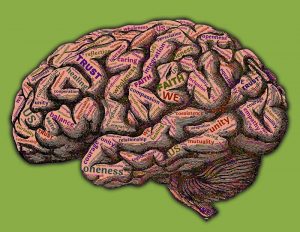 The initial response for the brain will be a release of stress-related cortisol to heighten awareness and prepare for a “fight-or-flight” response to the perceived emergency.

In a weak culture with a lack of trust and integrity and a low sense of team pride, the follow-up response is likely to be, “every man for himself” as we described in our previous post about establishing a sense of urgency. This cortisol spike will overcome the low levels of oxytocin and serotonin. Some team members will tend to flee the “sinking ship.” Others will seek to position themselves as one of the “better” performers and argue that their peers are the problem.

A strong culture with high trust and societal bonds between the employees and leaders will likely respond more favorably to the news once the initial cortisol buzz wears off. The high serotonin and oxytocin levels and lower baseline levels of cortisol will help the people on the team support one another, and the boss, as they identify ways to improve and succeed. Hits of dopamine will provide rewards as goals are accomplished. Endorphins will keep the team moving forward if times get tough. Eventual success will further boost trust (oxytocin) and pride (serotonin) for the people in the organization.

The reality for all of us is that our brains and bodies have had several million years to evolve in ways that kept our ancestors alive in pre-technological times. It makes sense to understand our conditioned responses and adjust accordingly. So how do we do this?

The remainder of the book Leaders Eat Last includes separate chapters sharing leadership lessons that apply to organizations in the post-technological age:

Lean thinking concepts of respect for people, servant leadership, and continuous improvement are aligned with many of the examples throughout the book. Read our post that shares five traits of a Lean leader for a simple summary of the right behaviors.

Overall, the book is worth reading. Another option to check out is the 45-minute video below where Sinek shares many of the key lessons and examples from Leaders Eat Last.

We hope you enjoyed our take on these snippets from Leaders Eat Last! The Lean East team members have been leaders in high-trust / high-performing organizations. Please read our other posts summarizing books by Simon Sinek:

Contact us for a free evaluation of your team and support with transforming your organizational culture.